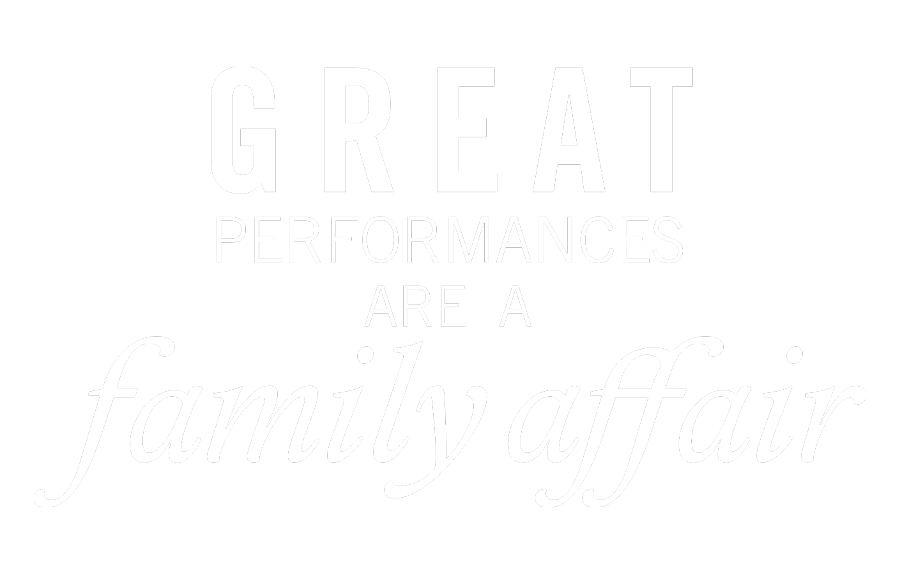 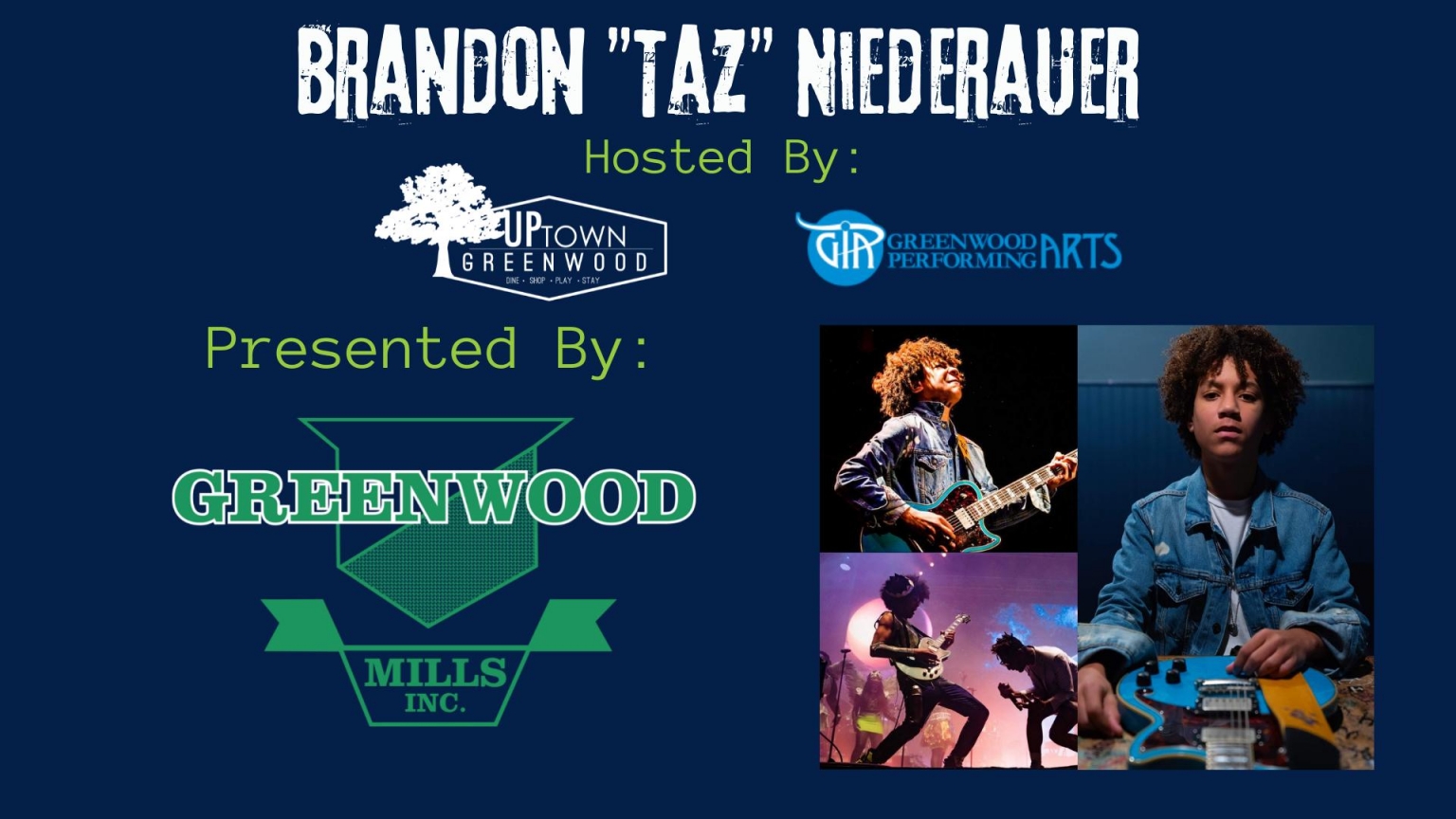 Live music is back and better than ever! Join us Saturday, April 30th to listen to Brandon Niederauer aka “Taz.” This event is free and open to the public!
Taz is an accomplished guitarist, singer, and songwriter. Based in New York City, Brandon has had the opportunity to play with many of his musical idols. In recent years, he has shared the stage with multiple members of the Allman Brothers Band, including Gregg Allman, Derek Trucks, Warren Haynes, Butch Trucks, and Oteil Burbridge, as well as a variety of other notable musicians, including Buddy Guy, Stevie Nicks, Lady Gaga, Slash, Jon Batiste, Dweezil Zappa, Eric Gales, George Clinton & Parliament Funkadelic, Dr. John, Gary Clark Jr., Col. Bruce Hampton, Eric Krasno, George Porter Jr., Robert Randolph, Karl Denson, Doug Wimbish, and John Popper. He has also performed with Tedeschi Trucks Band, The String Cheese Incident, Umphrey’s McGee, The Revivalists, Dumpstaphunk, Blackberry Smoke, Galactic, and countless other bands.
For more information or to inquire about becoming a sponsor, call 864-953-2475.
Click Here to Learn More 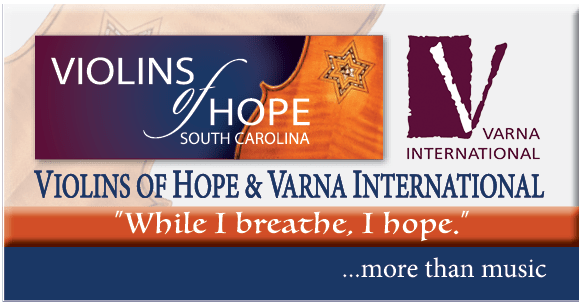 Amid the horror of Nazi Germany, many Jews played their violins, violas, and cellos as a message of hope despite Nazis ordering the music while men, women, and children walked to their deaths. Since 1996 Luthiers Amnon and Avshi Weinstein have acquired and refurbished the instruments to restore their best sounds. Many of them came from survivors and family members who played them, some with Stars of David as a decoration and a tag which reads “We were played by proud “klezmers.” (A Jewish musical genre). They dedicate their expertise and endless love to ensure that those instruments, most of which were cheap and unsophisticated, get a beautiful makeover. They also get a fantastic sound worthy of the best musicians and large music halls.

Listening to the symbols of hope, the violins’ serenades seem to say: “Remember me, remember us. Life is good, celebrate it for those who perished, and for those who survived.”

Violins of Hope is not only a memorial to lost culture and people, it is also an educational act that reaches young students and adults wherever the concerts are performed. In recent years some of the best world-celebrated orchestras held Violins of Hope concerts among them, the Berlin Philharmonic, the Cleveland Symphony, and many others.

All faiths and backgrounds come together, learning in extensive educational programs in schools and in narrated concerts. The Weinsteins tell the history of some instruments – such as the violin which was thrown out of a cattle train on way from France to Auschwitz; the violin that was buried under the snow in Holland; the violin that saved lives of people who played in the camp orchestra and survived. So many stories, so much history.